A Love So Big Even a Small Child Can Grasp 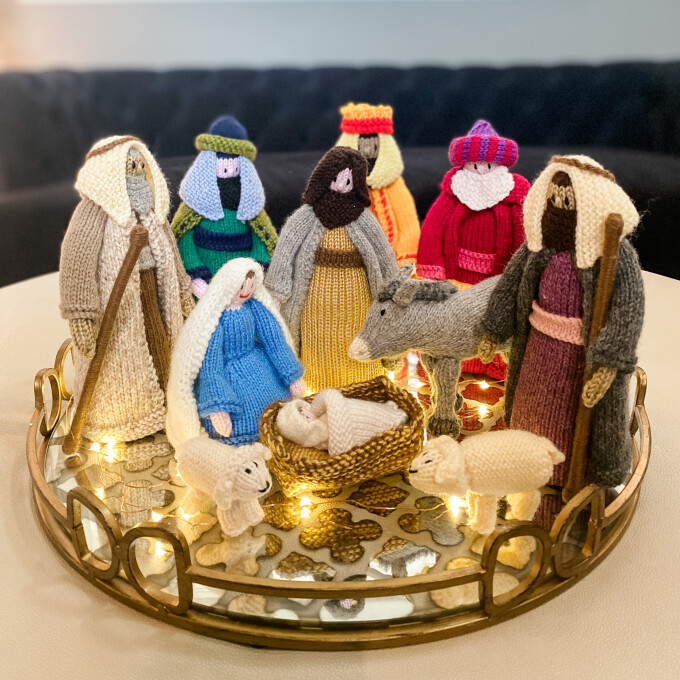 As I stared at the Nativity set on the coffee table, I knew I was looking at something priceless.  Each piece was carefully knit together from tiny strands of yarn in the most delicate of miniature stiches.  Wanting to be a good guest, I tried not to gawk too much.  But I found my line of vision constantly being pulled back to those beautiful, intricate handknit-figures, no more than 8 inches, each one carefully placed around the manger.  There was Joseph, Mary, the Shepherds, the Wise Men, and the Baby Jesus, each one a lengthy labor of love and devotion.  Using her God-given talents, the creator of this keepsake Nativity offered the world a vision of the first Christmas.

My mind was slowly taken back nearly two decades to the Nativity set we used to set up each December for our children.  One day when I came home from the office, our then 3-year-old daughter was quietly playing with the different pieces, moving the Wise Men to one corner of the room as if to highlight the length of their journey.  Her tiny hands would grasp each piece, moving them closer and closer to the stable in Bethlehem.  But the one she loved to cradle in her hands the most was the infant Jesus.  She could play with that set for hours, lost in imagination, lost in the wondrous truth of the Christmas story.

Perhaps all of us are a little like children at Christmas; we need to hold on to that image of love, the Word made flesh in the Child of Bethlehem.  The Bible assures us that Jesus, the promised Savior, is the perfect image of God’s eternal love.  The Apostle Paul writes, “For in him all the fullness of God was pleased to dwell, and through him God was pleased to reconcile to himself all things, whether on earth or in heaven, by making peace through the blood of his cross.”[1]  If you really want to discover more of who God is, you will discover God’s attributes most clearly in the life, ministry, death and resurrection of Jesus Christ.

There truly is a wonder to the Christmas story.  It’s simple enough for even the tiniest of children to grasp and understand, and it is deep enough for theologians to study for a lifetime and never fully probe its limits.  And just as a child can hold a tiny figure of the Babe of Bethlehem in her arms, God promises that his love is large enough for the entire world and personal enough to be contained in human hearts. 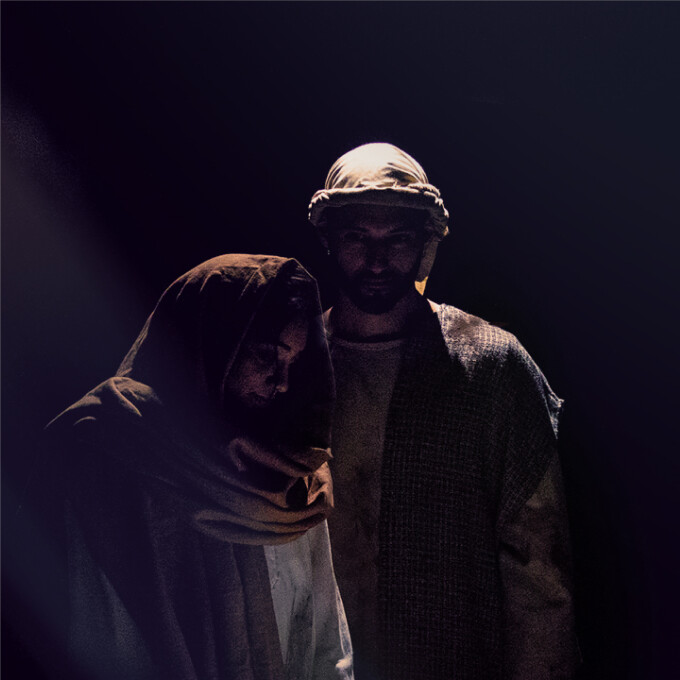 As I gazed through the bedroom window, my eyes immediately fixed upon an unexpected movement atop our patio canopy.  Truth be told, I’ve looked out that window hundreds of times.  But on this morning, I saw something that unexpectedly captured my attention: a black bird flapping its wings, hopping from one corner to the next, gathering twigs to build a nest as the sun began to rise.  In the quietness of an ordinary morning, I was overcome with awe.

Others might consider a flutter of wings a mundane event unworthy of our attention, but to me, it was miraculous.  The quietness of that moment became a means of grace, an avenue by which God was speaking to me, not audibly but in the depths of my being.  An ordinary black bird became a much-needed reminder that God is at work in our lives.  Isn’t it often that way?  God meets us in the most unexpected – unanticipated – and most ordinary of moments.  Surely that’s the way it was for most of the key players in the account of Jesus’ birth.

Nothing in Luke’s account even suggests that Zechariah expected to hear God’s voice as he placed his offering in that sacred space – the Holy of Holies – on behalf of the people.  Yet God spoke to him through the voice of an angel saying, “Do not be afraid, Zechariah; your prayer has been heard.  Your wife Elizabeth will bear you a son, and you are to call him John.”[1]  And we are told that Zechariah was overcome with fear and awe.

Nothing in Matthew’s Gospel suggests that Joseph expected to receive a vision from God when he went to sleep that night.  But God spoke to him in a dream through the voice of an angel saying, “Joseph, son of David, do not be afraid to take Mary home as your wife, because what is conceived in her is from the Holy Spirit.  She will give birth to a son, and you are to give him the name Jesus, because he will save his people from their sins.”[2]   And Joseph willingly obeyed God’s command, even when he could not understand what the future would hold.

Nothing in Luke’s story even hints at the suggestion that Mary thought God would do something extraordinary within her life.  But God spoke to her through the voice of the angel Gabriel saying, “Do not be afraid, Mary; you have found favor with God.  You will conceive and give birth to a son, and you are to call him Jesus.”[3]And Mary immediately opened her life to God’s divine will.

Advent is this powerful reminder that God always comes to us in the most unexpected of ways just as He did for Zechariah, Joseph, and Mary.  I wonder if we will be open to hear the voice of God – to even see God’s majesty and grace – in the most ordinary moments of life.  Be ready!  Watch!  Listen!

Posted by Adrian Doll with